Bubbaville presents a special screening of "The Winding Stream" followed by a musical performance and discussion with Grammy Award winning multi-instrumentalist and American Songster, Dom Flemons.  Local musicians Annalisa Tornfelt and the Coupe Duet will also perform. This special screening will wrap up with a discussion and Q&A with the musicians and filmmaker Beth Harrington. THE WINDING STREAM is the tale of the dynasty at the very heart of country music. Starting with the seminal Original Carter Family (A.P., Sara, and Maybelle), this film traces the ebb and flow of their influence, the transformation of that act into the Carter Sisters and Mother Maybelle, the marital alliance between June Carter and music legend Johnny Cash, and the efforts of the present-day family to keep this legacy alive. DOM FLEMONS is the "American Songster," pulling from traditions of old-time folk music to create new sounds. Having performed music professionally since 2005, he has played live for over one million people just within the past three years.  Dom plays banjo, guitar, harmonica, fife, bones, bass drum, snare drum and quills, in addition to singing.  Dom is a founding member of the Carolina Chocolate Drops, an African-American string band that won a GRAMMY for its 2011 album Genuine Negro Jig and was nominated for its most recent album, Leaving Eden, in 2012. BETH HARRINGTON is an award-winning independent producer, director and writer, born in Boston and transplanted to the Pacific Northwest. Making media professionally since 1977; she most often focuses on work that explores American history, music and culture. ANNALISA TORNFELT is an Alaska-raised musician best known as the singer and fiddle player for Black Prairie.  Using a “Black Beauty” Arch Kraft guitar and an analog 8-track, she recently released her unadorned, front porch solo album, “The Number 8.”  Annalisa runs a full-time Violin & Fiddle Studio teaching children and adults in SE Portland.  For more information, contact: annalisatornfelt@gmail.com THE COUPE DUET (Joanna Macrae and Chris Miller) is a vocal powerhouse that takes inspiration from early American music. This event is supported by Bubbaville through the Bill Martin Memorial "Bubba Fund."  Bubbaville is an all-volunteer non-profit that supports traditional music and dance in Portland. Through this project, Dom will be engaged in a variety of community workshops and performances from October 31 to November 4, 2015.  Check out the Bubbaville website for the full schedule. Sponsored by filmmaker Beth Harrington and: 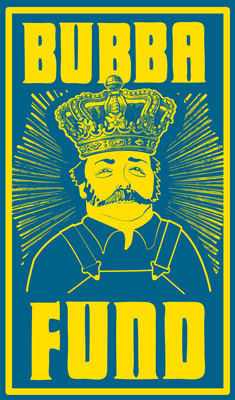 Sonic Cinema: Without Getting Killed or Caught

Outside the Frame: Riders in the Storm

The Bird with the Crystal Plumage

Boris Karloff: The Man Behind the Monster

#OregonMade Film Series: The Ring and The Ring Two

The Wicker Man: The Final Cut

The Strange Vice of Mrs. Wardh